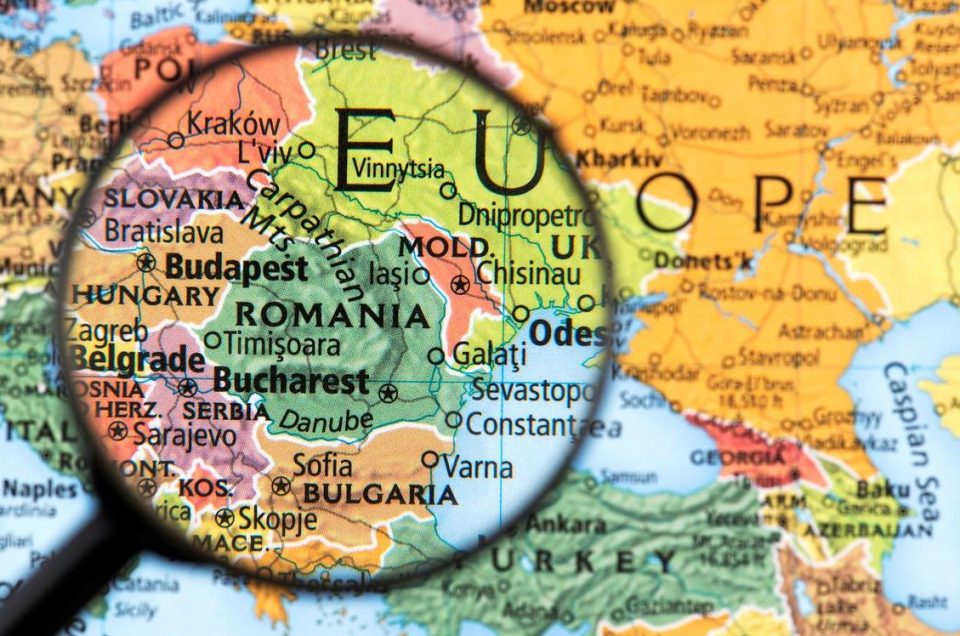 Romania is an under the radar country in the touristic world, with rather minor interest from the great mass of the conventional tourists. So we have put together a few pieces of information any tourist planning a trip to Romania should know.

1. The Romanian language is a Romance language. And no, there is no coincidence. The name of the country comes from Rome, and that makes us unique, as we are the only Latin country whose name derives from the capital of the Roman Empire.

2. The Romanians are the only Latins whose main religion is not catholic. We are mainly orthodox, and this is explained by our geographical position: we are the only Latin country in Eastern Europe, and thus much closer to Byzantium than to Rome.

3. Romania is the only Latin country in Europe having endured a communist regime.

4. Most of Romania’s neighbours are Slavic countries. The only exemption is the Hungarians. This is the reason, 15% of the Romanian vocabulary is made of words having a Slavic origin. 70% are Latin, and the rest comes from other influences ( Greek, Turkish, Hungarian, German).

5. Romania is part of the European Union since 2007 and a NATO member since 2004. Although is an EU member, Romania is not in the Schengen area, nor the EURO area.

7. In Romanian, leu means lion. Before Romanian had its own currency, one of the coins in circulation, widely used, was having a lion engraved on the facets. So, in people’s minds lion became synonymous with money.

8. You can launder money in Romania in a legal manner. Put them in the washing without worries. Our banknotes are made of plastic. A leu is around 5 EUR.

9. Romanian flag colours are, beginning from the flagpole, blue, yellow and red.

12. Dracula is a fictional character (you probably knew that already). We don’t have bloodthirsty vampires in Romania, excepting the Romanian Parlament :). Dracula’s castle doesn’t exist also, but Bran Castle is largely associated with Dracula’s residence, due to its resemblance with the castle description in the book.

14. The capital of Romania is Bucharest, not Budapest. The confusion is happening so often, probably because Romania and Hungary are neighbouring in countries. To make the confusion even bigger, the name of the Romanian and Hungarian prime-minister is the same: Orban.

15. Bucharest used to be called “little Paris” due to its beautiful buildings raised in the 19th century inspired by French architecture. One can find in Bucharest the “Arc de Triomphe” like in Paris, but no Eiffel Tower though.

16. Bucharest is housing the second largest building in the world, and also the most expensive: The Parliament Palace. Its estimated value was around 3 bln EUR in 2008. Dominating the skyline of Bucharest since the 90ths, the House of the People, as it was initially named, is a testimony of the Bucharest communist era.

17. Bucharest old town district has equally the largest concentrations of bars and pubs, but also great architectural masterpieces. In Bucharest old town, one can find the ruins of the Princely Court, dating back from Vlad the Impaler time. Actually, the first mention of Bucharest can be found in a document issued by Vlad.

18. Romania has one of the most scenic mountain roads in the world: Transfagarasan highway laid over the Carpathian mountains. At least this is what the guys from the tv show “Top Gear” said after driving on it with 3 sports cars. One travel tip: the road is closed between November to June, due to the harsh weather conditions in winter.

19. Danube Delta is the second largest river delta in Europe, after the Volga Delta, and is the best preserved on the continent. There are over 320 species of birds found in the delta during summer, of which 166 are hatching species and 159 are migratory. Over one million individual birds spend the winter there.

20. Transylvania is a historical region of Romania, who used to belong to the Dacian kingdom, Roman Empire, Hungary, Austria and it was also e separate entity for 2 centuries. Who said Romanian history is simple? Transylvania’s name can be translated as “the land beyond the forest”.

21. Transylvania is not only the land of castles and fortresses but also of fortified churches. The fortified churches were built in the Saxon villages as a safe shelter for the local communities, against the Turkish and Tatar raids.

22. Bucovina is the northern part of Moldova which used to belong for more than a century to the Austrian-Hungarian empire. The land of painted monasteries, Bucovina’s name means ” the land of beech trees”.

23. Romania has access to the Black Sea. As you may have imagined the Blak Sea is as black as the Red Sea is red. The largest Romanian city at the Black sea is Constanta, which is also the largest Black Sea port.

24. Romania is a travel destination open all year round. But if I was to choose, I think the best time to travel to Romania is late spring-early summer or early autumn. Is the period when temperatures are moderate, around 20-25 degrees during the day, and nature is extremely beautiful.