The best day trips from Sibiu 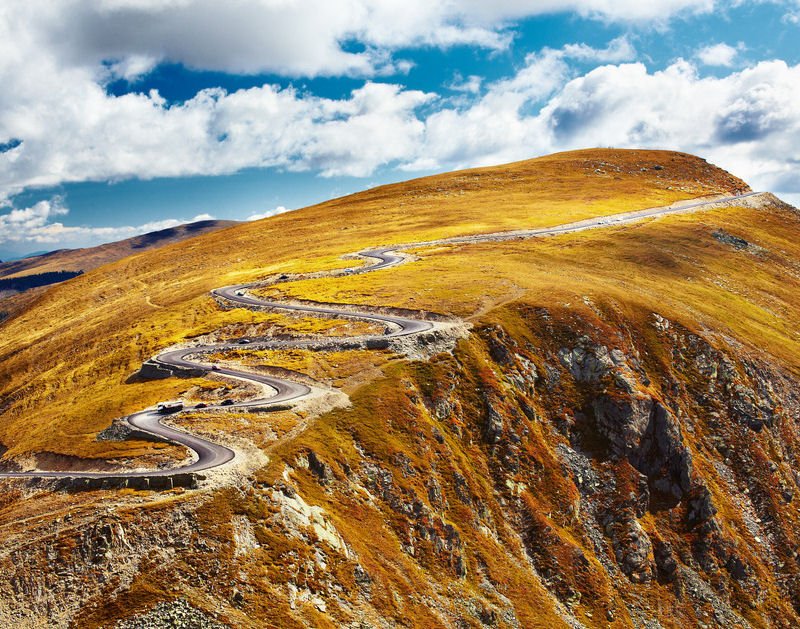 If you have a limited time in Sibiu and want to discover Transylvania from Sibiu, here are a few recomendations for day trips you can do from Sibiu.

The “Tuscany of Romania”, Transylvania is a wide area in the central part of Romania, surrounded like a halo by the peaks of the Carpathians mountains. Made famous by Bram Stoker and his novel, Dracula, Transylvania is lovely and serene land, situated at the crossroads of civilisations ( Romanians, Hungarians, Austrians, Germans, Turks). Its position in Central Europe lead Transylvania to a rich cultural heritage, but the natural attractions are a complementary addition to its touristic potential.

But what are the touristic attractions which are representing a “must” for a journey in Transylvania? Every guide book will mention at least Sibiu, Brasov and Sighisoara as the cities to be explored. Bran, Corvin and Peles are in the castles category. The villages with fortified churches ( at least Biertan, Viscri, Prejmer) should be visited as well, and last but not least, the fabulous mountain road: Transfagarasan. And the list can be extended with the quaint villages of Marginimea Sibiului or Rametea,  and let’s not forget the surprising Turda Salt Mine. A long list isn’t it?

So, if you are limited in time, here is our reccomendation for the best 3 days trips starting from Sibiu:

The fabulous mountain road is crossing the Carpathians from North to South, reaching an altitude of 2000 meters. Is an excellent way to enjoy breathtaking mountain sceneries, if you aren’t that much into hiking or you just simply you don’t have the time or the equipment. The driving experience is also unforgettable, as the road is like a Mecca for every driver, motorbike rider or bicyclist. As the closest big town to the road is Sibiu, with just 40 minutes driving time, this is also the perfect place to start a tour to Transfagarasan. It can be a round trip, starting and ending in Sibiu, or it can be part of a transfer to Bucharest or Brasov. In this case, you need to consider a lot of time spent in the car. The most scenic part of the road is the north side, with Balea Waterfall and Balea Lake, but one can admire dramatic alpine landscapes on the south side, a few kilometres from the tunnel cut through the mountain ridge. If you’re just for the road, I don’t recommend to drive on its entire length, as the south side involves driving a few hours through the forest. But if you’re patient enough, and you don’t mind spending that much time in the car, the south end of the road has also a few things to offer to the visitor: The Vidraru Dam ( the highest one in Romania – 166 meters), the Poenari fortress ( this one really belonged to Vlad the Impaler, not like Bran Castle), or Curtea de Arges Monastery, an unique example of religious art and architecture, the burial place of the Romanian kings, since 19th century.

The image of this structure should be put in the dictionary, right next to the word “castle”. It has everything you could imagine a castle can have: a drawbridge built over a rushing river, solid defence systems, large halls, adorned with gothic arches, a prison or a torture bastion. There are so many stories built around the castle, but the real history is also captivating. Just the simple fact that the castle belonged to the most powerful man in Transylvania’s 15th century, Ioan Corvin ( or John Corvin), the military leader who defeated for the first time the conqueror of Constantinopole, the sultan Mehmet II. The son of John, Matias, one of the greatest kings of Hungary, had also a contribution to the castle, modifying one of the wings of the stronghold, making it more suitable for a royal residence. Again, Sibiu is the closest big city to Hunedoara, where the Corvin Castle is located, and the driving time is around 1.5 hours. In the area, there are also some other touristic sites that can be visited on a day, like Alba Iulia – the impressive Habsuburg fortress ( one hour from Sibiu or Hunedoara), Sarmisegetuza Ulpia Traiana – the former capital of Roman Dacia or Sarmisegetuza Regia -the former capital of the Dacian kingdom – one hour from Hunedoara, one hour from Sibiu.Corvin Castle

Sighisoara is known as the birthplace of Vlad the Impaler ( which is probably one of the few things true about him). But the charm of this little town is the medieval citadel, probably one of the lasts ones in Europe still inhabited. The citadel was built on an upper terrace of Tarnava river, and due to its position, was a difficult fortress to capture. Today, the defence walls and towers are still there ( not like Sibiu or Brasov), and probably due to this ( and the fact that the buildings inside preserved their initial architecture), Sighisoara is a UNESCO site.  Again, Sibiu is the closest city to Sighisoara ( 1.5 hours of driving), even though Brasov is also reachable in a reasonable amount of time  ( around 2 hours). The Sighisoara tour from Sibiu can be completed with some stops to the fortified churches in the area (Biertan and Valea Viilor are also UNESCO sites), or the old town of Medias, a hidden gem, with colourful elegant houses and one of the most beautiful Saxon churches of Transylvania.

The best day trips from Sibiu